Operation Smile: My Time in Tacloban 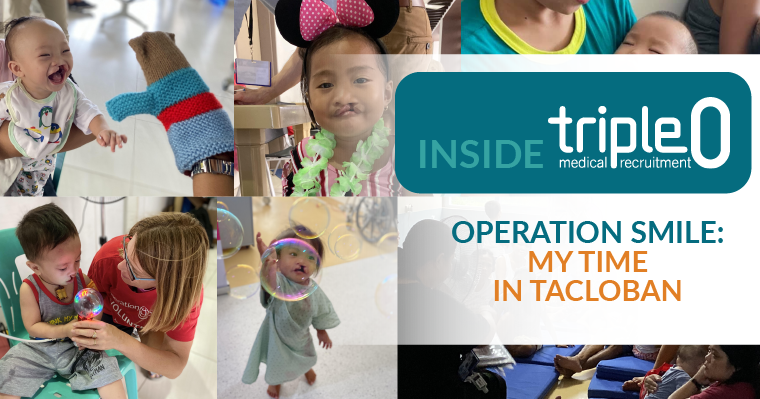 I recently returned from my latest mission with global cleft condition charity, Operation Smile, which is an international medical charity that provides free surgeries for children and families who are born with cleft conditions who otherwise would not receive treatment.

My time in Tacloban, Philippines was another step in what has been a 20+ year personal journey for me, using my skills as a nurse where those abilities are needed most to improve the lives of some our world’s most vulnerable and marginalised.

I first found out about the work of Operation Smile through a friend who had taken part in a mission in India. After bombarding her with questions and understanding her immense enthusiasm for what had taken place, I made an application and took part (with my friend) in a subsequent mission in Morocco.

Having originally thought I’d do one mission per year, this, my fourth trip in the last 18 months, proved to be yet another eventful, challenging and rewarding chapter in my Operation Smile story. Read on to learn more about my experience.

As with my previous missions, I realised that I was going to be part of an amazing international team working together with a single purpose and goal. Long hours (much more than I usually do) and hard work are to be expected. But it is so rewarding, it doesn’t feel like work. Being able to help people who would otherwise not receive medical attention, that changes their lives, is something special.

Probably the most challenging part of the mission was adapting to a new working environment. You’re dealing with a new team who don’t know each other or each other’s level of experience, locating and setting up the equipment, and using different forms of communication to overcome language barriers.

Although challenging, I love this part of a mission – a smile and a bit of ingenuity can go a long way! Often, the adjustment period is actually harder for me when returning home than it is travelling to the mission.

Screening Day on the Mission Site

Screening day ran very smoothly with the local and international team working together. The hospital was relatively modern, and I was told we were lucky that we weren’t in the old one!

My role on screening day is to help decide who will be suitable for surgery. I obtain patient vital signs – temperature, pulse, respiratory rate etc, there are then a multitude of other screenings and meetings with various specialists from Paediatricians and Surgeons to Photographers and Speech Therapists. The process can often be overwhelming for the patients, families and staff to all be in the one place, as there are so many people, but it’s also comforting for the families to be among other people with the same condition as they don’t feel quite so isolated.

Day One of Surgery

The first day of surgery was slow to start as all safety checks were done and the team ensured everyone would receive the same care, from the very first to the very last patient. On the post-op ward, we assigned patients to a room based on their age and type of surgery, keeping those at a higher risk closer to the nurses’ station.

The first day of surgery ran much later than expected and the surgical and PACU (recovery) team were not done until very late. Luckily for me as a pre/post-op nurse, we have evening staff who take over at 7pm. The surgeons, anaesthetists and nurses stay until the last patient is back on the ward and return to the hospital for 7am the next day.

The People Behind the Patients

I don’t like to think I have favourite patients but there are usually a few on screening day I will make a note of and look out for during the rest of the week – hoping they pass the screening. Often those that stand out are tiny babies who are likely too small for surgery or adults and teenagers who have lived in hiding for so long because of their deformity but can now hope to emerge from the shadows and unhappiness.

One example that really stood out to me was a mother who I thought at first was extremely upset, until the interpreter explained that she was so overwhelmed by the kindness we were showing her daughter, who had a double cleft lip. For her, the experience was in stark contrast to the fear and unkindness her daughter was usually met with.

Another standout story for this mission was a 14-month-old whose family only heard about Operation Smile two days before we were due to leave. The child’s Mum and Grandma got on a bus and came straight to the hospital, he was screened at 5pm that day and had surgery the following morning.

This boy had been in the hospital for Pneumonia five times due to aspiration of food and fluids into his lungs, as his cleft palate wouldn’t allow him to feed properly. This surgery changed his life, preventing continued episodes of pneumonia, which, had they been allowed to continue, he may not have recovered from. Incidentally, one of the local translators alerted me the next day that the mother was anxious about getting home because of the cost of travel. As they hadn’t arrived on screening day, they had missed the usual process to reimburse travel costs. Luckily, I was able to coordinate with the Operation Smile team to help this family with funds to return home.

Living in Brisbane, I thought I was used to heat and humidity, but Tacloban was another level. On the ward we were on, there was no air conditioning (which isn’t unusual in these countries) but no air movement either. Wearing my usual scrubs, it was hot, sweaty and tiring work for the entire day. I regularly drank over six large bottles of water without even trying! Even the patients were struggling with the heat. Often there were eight patients, each accompanied by a parent, being nursed on mattresses on the floor in one small room. Luckily, we found a few electric fans and people improvised with their own makeshift fans as well.

Patients and families are extremely grateful for what we offer and ask for nothing. They come prepared to be self-sufficient, bringing food and bedding and never complaining. 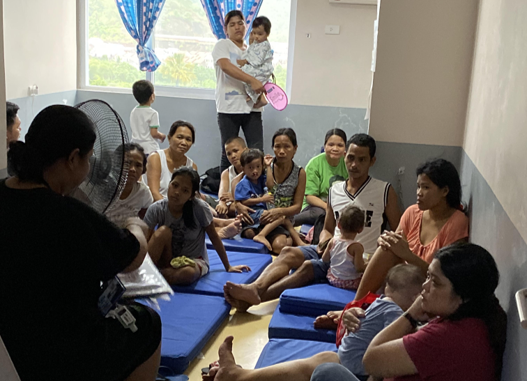 How You Can Help

On this mission, I discovered that the cost of surgery for a cleft lip repair is equivalent to a year’s pay for a basic income earner from a rural area. This kind of statistic really brings home how vital it is that the work of Operation Smile not only continues but increases in scope so that more and more children can benefit.

I would urge anyone with an interest in improving the lives of these wonderful people to donate or sign up to become a volunteer and help a truly great organisation to keep making a difference.

If you have any questions for me or would like to share your own volunteering experiences, feel free to reach out.

Locum Etiquette: Getting it Right

Locum Etiquette: Getting it Right